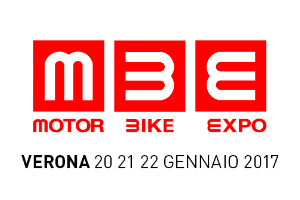 The contests for the best Specials and outside challenges had finished

Motor Bike Expo, as usual, the most loved by bikers: more than 150.000 visitors

Participation growth in reference to 2015, even Sunday’s turnout and show

Verona Motor Bike Expo 2016 finished with more than 150.000 visitors, more than the latest year and metaed itself as the heart of the custom world, in an international level and of the motorcycle universe.

The event closed with an amazing turnout Sunday and terrific show, enlightened by – as the two previous days - a good sunny day.

Overall, Motor Bike Expo 2016, where the main brands of the world motorcycle factory participated, saw the attendance of more than 600 exhibitors and more than 70 events in three days. Events as exhibitions, shows, challenges and drive lessons in the outside areas, and presentations, award ceremonies, meetings (even with the students) that ranged from custom to sport, the technological and industrial researches and the expressive and artistic forms intertwined to the two-wheel galaxy.

The Special sector is once again the leader of the Motor Bike Expo offers: in this edition the visitors had the chance to enjoy more than 200 motorcycles, made by the most awarded and known  customizers in the world, special guests coming from around Europe, USA and Kuwait.

“A wonderful exhibition complex, know-how and experience, are the things that Veronafiere makes available as a 50% co-owner of Motor Bike Expo for the growing success of this event. An exhibition that, today, is one of the first international event of the sector, certainly the only one for its universality and a particular attention to the “custom” segment”, highlighted Maurizio Danese, President of Veronafiere.

“Motor Bike Expo is the indisputable leader of a show that looks to the future with a great attention and that is spreading more and more, with an attention to the equipment, components and touring motorcycles. – highlighted Giovanni Mantovani, Veronafiere General Manager – Veronafiere turns out to be more and more careful and receptive to the big consumer events and for enthusiasts”.

Francesco Agnoletto, Motor Bike Expo organizer said: “the improvement of the numbers compared to 2015 metas the steady positive trend, during the years. We proposed a preparation level in the exhibition areas unimaginable before today. This proves that even an event so hard to organize, if there is someone’s will, there is the chance to improve.

All the enthusiasts meet for the third 2017 January weekend for a new Motor Bike Expo edition characterized by further, amazing news”.

“We collected the best attention of the motorcycle brands – affirms Paola Somma, MBE organizer – that used the chance to attend with their own series news but also with bike concepts which perfectly impersonate the exhibition spirit. The ideal international symbol of the event is the Magazine Award, the contest that brings in Italy the reporters of some of the most qualified magazines and give them the chance to value the Italian and International Specials.

This is made for the beginning of communication channels and partnerships that become company activities. The journalist number grew in quality and quantity, with more exponents of the not specialized press”.

“The great success of this Motor Bike Expo edition- said Paolo Sesti, President of Federazione Motociclistica Italiana – is the proof of a sector recovery. Furthermore, the fantastic enthusiasm in the stands, we have to consider the real facts: in 2015 the Italian selling saw a growth of more than 10% after long difficult seasons finally, the brands are back investing. Even for us the first 2016 numbers meta this trend”.

The news did not miss, from the Brands officially attending.

Exhibiting another 2016 news: RSV4 RF Factory Works; it is a project with which the Noale brand means to make available, to everyone who wants to, the same technology that allowed all the Superbike and Superstock winnings.

Aprilia exhibited in Verona the RSV4 road model close to the naked originated by it, Tuono V4 1100 Factory.

Finally, the youth had the chance to dream a future of speed enjoying the RS4 125, which represents the entry motorcycle for the Aprilia sports.

Kymco presented at Motor Bike Expo the 2016 news, X-TOWN 300i ABS and XCITING 400i ABS M.Y. 2016 and the wide range available. At the Stand of this brand a new 250 GP “EVO” special version is shown, busy in Moto3 Championship, born with the partnership between KYMCO and Oral Engineering, and prepared for the occasion by the renowned Maestro di Arte Moderna Walter Maurer.

Nolangroup presents two main news for the next season: the N87 road integral and X-201, the “vintage” demi-jet made with the X-lite technology. The moto-touring appreciated the technical solutions for the N104 Absolute integral that can be opened and the N44 EVO crossover.

Improvement for the X-802R racing helmet characterized for its new Carbon Fitting inside filling.

At Motor Bike Expo, many contests were shown, created to award the most fascinating creations of the branches.

The award for the Custom Chrome Europe best “radical” Special was assigned to Ducky Café Tracker, made by Yuri Shif Custom workshop from Belarius, Russia: a reality already known by the most prestigious world contests and in Verona exhibited an essential and fascinating vehicle, with an engine set in a stiff tubular framework and a soft seat.

The Magazine Award was on stage, a contest organized directly by the Motor Bike Expo staff that this year had as panel, the journalists of the most important sector magazines. They chose and then awarded their favorite motorcycles with a report on their own magazines.

Yet awarded on Saturday by Karen Davidson as the most beautiful Special on an H-D basis, the “No rules” by Radikal Choppers (Andrea Radaelli) continued to collect successes, two Magazine Award nominations, by Dream Machine and Easyriders Germany. From the US, Baggers Magazine awarded the H-D Road King by Vida Loca Choppers, Hot Bike the Bullet 1200 by Stile Italiano and Cruiser chose the BMW K100 Scrambler realized by Garage65 from Viareggio.

A classic choice for the Japanese magazine Vibes: its award went to the 1927 Harley-Davidson by PDF Motociclette. The same inspiration for the WL Harley-Davidson made by Hard 9 Choppers, awarded by the British magazine 100% Bikers. The German Bikers Power awarded Opera, made by South Garage, while Madness Photography awarded the BMW Special on an R 100 RT basis, presented by Inglorious Bastard.

The Dave Perewitz Paint Show awarded the eleven most beautiful coloring shown at Motor Bike Expo. “It was really difficult to decide the winner, because of the high level of the Specials exhibited here in Verona,” said the American custom bike builder Dave Perewitz before the award for “Best Paint” the 70s inspired chopper, made by Motofficina Marinelli from Latina for Vittorio Gavini. This is an extreme vehicle, realized setting a 1976 XLH 1000 cc Shovelhead engine in a stiff framework and gold foil decorations on a pale blue bottom.

As usual, LowRide magazine honored the same chopper with the “Top 20” Title in the Bike Show setting.

The esteemed contest organized by the Italian magazine, a landmark venture for the sector, awarded as “Best of Show” an extreme vehicle, made on a 2004 Harley Davidson Fat Boy basis and coming from Kuwait. This is a Special which value is hardly quantifiable (even if more than 100.000 Euros), due to the entirely handmade making.

Hard to be indifferent to the tight superstructure, the magnificence of the 32’’ wheels and the care of the metal details; the engine was enriched by numerous details and the main transmission.

Alberto Murgante won the Best of Show title in the LowRide “Custom Scooter” for his Lambretta II series. He is a collector from Milan that owns different samples of this 1961 iconic Scooter, characterized by an amazing metal flake emerald green color, carefully customized.

Motor Bike Expo was a stage for the great international custom names. Real Stars, which gave incredible moments to the show, from Fred Krugger to Jeff Decker. Cory and Zach Ness, Buffalo Chips main exponents from the H-D Sturgis Rally and MBE’s partner, Dave and Jody Perewitz and other international Stars as Nicolai Sclater, a surprising and amazing trend artist renowned as Ornamental Conifer.

A custom life style that expresses through personal choices. Riding a motorcycle is a way of thinking and being. Motor Bike Expo is the best expression of all of this, so The Barber Room, with Laboratorio Avere la Barba during the show started an original venture, a trend contest, and the first only for the barbers (and for hairstylists). Their idea is that the beard is not connected only to the barber job. This is a wide concept, a life style, as the motorcycle. More than 40 barbers came to challenge, from all over Italy.

Sure, the runway of some of most loved racers of the past as Marco Lucchinelli, and young promises as Nicolò Antonelli, Federico Caricasulo, Riccardo Russo and others more.

The protagonist of the national basis championships and not professionals of speed, as Master Cup, Michelin Power Gp, Trofeo Italiano Amatori, RR Cup, Trofeo Motoestate and more, had their time in the spotlight, and as usual, they lived the festive conclusion of the latest season, at Motor Bike Expo.

Maximillian Sontacchi, Federico (Bob) Perotti and Luca Chiarini told the great Motor Bike Expo’s heart, with the visitors’ discussions. Boys that lost the use of their legs after a road accident but they do not give up: back racing (Maximillian raced in 2015 with a 636 Kawasaki Ninja, with great results in the Diversamente Disabili trophy and not only there). They decided to talk to bikers with handicaps just like theirs. With their passion, they were able to make other bikers to be back racing: they supported them technically and psychologically, allowing them to still live their passion, without surrendering to the limits of their disability.

A space reserved for the touring, with a lot of activities connected with trips and the gathering organized by the Comitato Coordinamento Motociclisti, “Vivere la Moto” project that for the third year in a row, with the support of Comune di Verona, gathers dozens of bikers. The group crossed the most suggestive places of the city and entered the gates of the Motor Bike Expo show.

Just closed, a meaningful venture will start, joined with MBE and Regione Veneto, which will allow the promotion of the touristic resources thanks to the Motor Bike Expo number of visitors and to the main European motorcycling shows, particularly in Austria, Germany and France.

The Donneinsella Association experience was a positive one, in three days held mini lessons for women driving, where more than 200 women participated.

More than this, in the Motor Bike Expo outside areas many amazing shows took place, as the stunts and the Graziano Rossi exhibition. The drifting competition reserved for cars, King of Italy Exhibition, saw the Propatata victory. The best pilot was Francesco Conti of Resonor team, with his Nissan S13 with more than 700CV, one of the most powerful drifting cars in its category.

The MBE Stuntmen Competition second edition, took the attention of the visitors, glued to the exhibition: every kind of acrobatics, movements that seem easy but are made of athletic knowledge, study and unscrupulousness and brought the victory of the 2016 edition winner.

That is the French Guilleume Guyguy Gleyo, riding Kawasaki Ninjas, conveniently changed, won a 2.000 Euros check, the prize for the first place. On the podium with him the Czech Martin Kratky (1.000 Euros, his award) and the Spanish Juanan Del Fresno, that won 500 Euros.

Special broadcast on Monday, at 11pm, a wide space for recorded reports and live recording from the show, by Federmoto, even on Sportube.tv in the motoclubtv. Section.