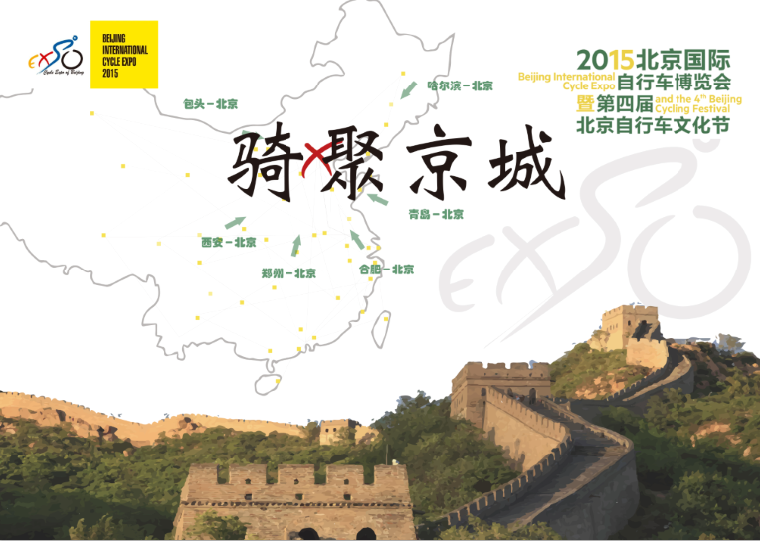 Initiated by Beijing International Cycle Expo and Beijing Cycling Festival Organizing Committee “Ride & Gather, All Roads Lead to Beijing” is a key culture activity and its long ride phase covers over 50 cities with 6 routes; while its short ride covers Beijing and adjacent cities. Cyclists will promote the “Green travel” concept and bicycle culture, assist Beijing Winter Olympic bidding along the way, and arrive in Beijing before the Cycle Expo and Cycling Festival begins. The Organizing Committee will hold Beijing Winter Olympic bidding assisting activities on the spot and encourage the interaction of cyclists, making this Cycle Expo and Cycling Festival a grand meeting for professional cyclists, traders and manufactures. 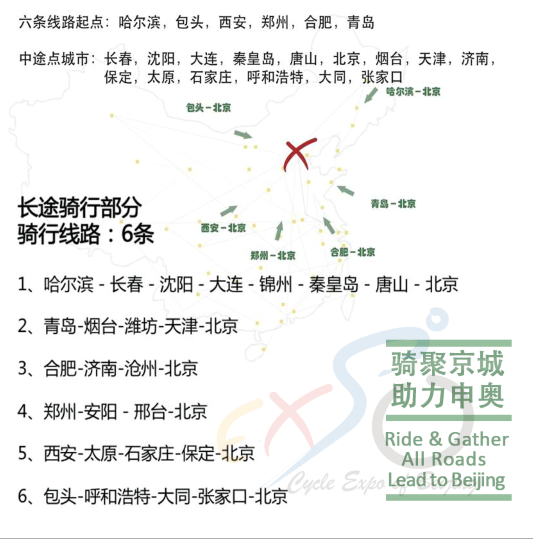 §   Cyclists in different cities depart at different times. The specific time is subject to the announcement of the Organizing Committee.


§   Cyclists can choose to depart from the starting point of the 6 routes that the Organizing Committee developed or join cycling teams half way. For more details please contact the staff in charge of the corresponding routes.


§   All cyclists participating in this activity must be with sound health state and adequate supplies and experienced in cycling, team leading and teamwork.

Cyclists from Beijing and adjacent cities ride to Beijing and then visit the Expo and vigorously participate in cultural activities and cycling activities, pushing Ride & Gather, All Roads Lead to Beijingto a new high, advocating concepts of green travel and national fitness.

4: Visit the Cycle Expo and Cycling Festival for free 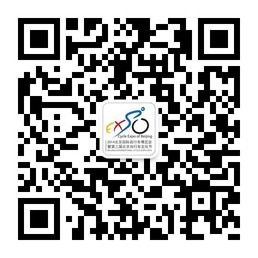