Growtech Has Left Its Mark on the Global Agricultural Sector 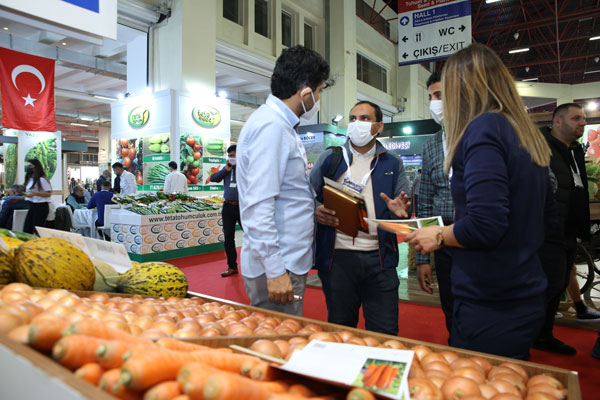 Growtech 20th International Greenhouse, Agricultural Technology and Livestock Equipment Fair bearing the motto of ‘Meet, Grow, Win!’ gathered
international agricultural professionals around trade and exports. Making a remark regarding the exhibition, Growtech Exhibition Director Engin
Er said: “We opened our gates to visitors after a two-year break and the exhibition has proved to be very successful. We gathered 510 companies
from 25 countries and agricultural professionals from 125 countries under a single roof. The number of visitors increased by 26% this year compared
to the number of visitors at the edition of 2019 which was the last exhibition that we organized before the pandemic. 53 thousand 640 people visited
Growtech in 4 days.  I would like to thank all the exhibitors and visitors, and to the public institutions and sector and professional organizations like the
Republic of Turkey Ministry of Trade, Republic of Turkey Ministry of Agriculture and Forestry, ATSO (Antalya Chamber of Commerce and Industry),
BAİB (West Mediterranean Exporters Association), ATB (Antalya Commodity Exchange), TÜRKTOB (Turkish Seed Union),  SERKonDER
(Greenhouse Construction and Equipment Manufacturers and Exporters Association), GÜİD (Association of Fertilizer Manufacturers, importers and
Exporters), BASUSAD (Pressured Irrigation Industrialists Association), as well as to the Growtech team and press members who have contributed
to the success of the event.”

GROWTECH IS NOW THE MEETING POINT OF GLOBAL AGRICULTURAL SECTOR

Referring to the major contributions of the Growtech exhibition to the agricultural sector, Er said: “Growtech is now the meeting point of global
agricultural sector. Our companies can access their target markets via Growtech. Buyers all around the world can find varied range of products
and solutions at Growtech and thus can develop their businesses. This year, visitors came mostly from Iran, Jordan, Iraq, Egypt, Morocco,
Uzbekistan, Lebanon, Russia, Azerbaijan, and Kazakhstan.   Besides, 19 buyer companies from 7 countries participated in the Hosted Buyer
Program organized by the West Mediterranean Exporters Association (BAİB) within the context of Growtech. The Netherlands, Spain, and
Hungary exhibited their latest products and technologies in their country pavilions. Apart from the exhibitors and visitors, international agriculture
journalists showed a great interest to Growtech. 23 agricultural journalists from 16 countries participated in Growtech to closely monitor the global
agricultural sector and hold private meetings.” 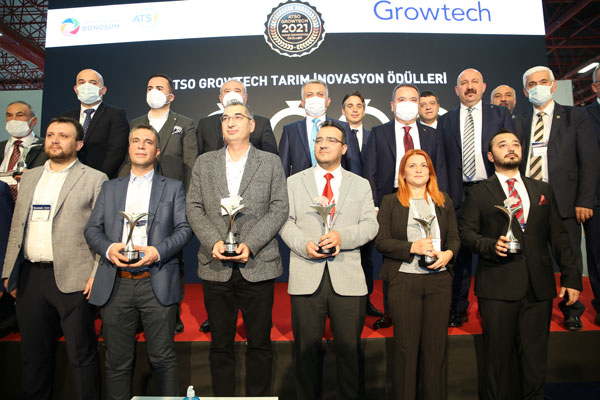 Growtech also hosted many events that feature observations and solutions regarding the agenda of the sector by supporting agricultural innovation.
Organized by Growtech since 2008 and held in cooperation with Antalya Chamber of Commerce and Industry (ATSO), ATSO Growtech Agricultural
Innovation Awards were handed over to the winners under 5 categories determined by the selection committee. Growtech also hosted the 5th Plant
Breeding Project Market (BIPP) in collaboration with Turkish Seed Union (TÜRKTOB), Akdeniz University Technology Transfer Office (Akdeniz TTO),
and Antalya Chamber of Commerce and Industry (ATSO) under the main theme of “Are you ready to sow the seeds of the future?”. The winners of
The Plant Breeding Project Market also announced and got their prizes during the show.

INTERNATIonAL AND TURKISH AGRICULTURAL AND EConOMY JOURNALISTS VISITED THE FAIR

23 agricultural journalists from 16 countries visited Growtech in collaboration with the Turkish Guild of Agricultural Journalists (TAGYAD).
International press participated in the two-day long intensive programs to fully understand the situation of the sector.    The journalists closely
followed the meetings and presentations held on different agricultural topics like the agricultural mechanization, greenhouse cultivation, and
exports. These journalists thus collected several information regarding the Turkish agricultural and food sector as well as the agricultural
potential of Antalya. A roundtable meeting was also held by the Turkish Seed Union (TÜRKTOB) as part of Growtech. Delivering a speech at
the event held with the participation of the press members of the Economy Journalists Association, Savaş Akcan, the Deputy Chairman of
TÜRKTOB said: “Seed is the next step within our search for finding alternative solutions to the climate crisis. Drought-resistant/tolerant new
plant varieties are demanded. The impact of the changing food safety mindset on production begins from the field, garden, in other words
from seeds.” 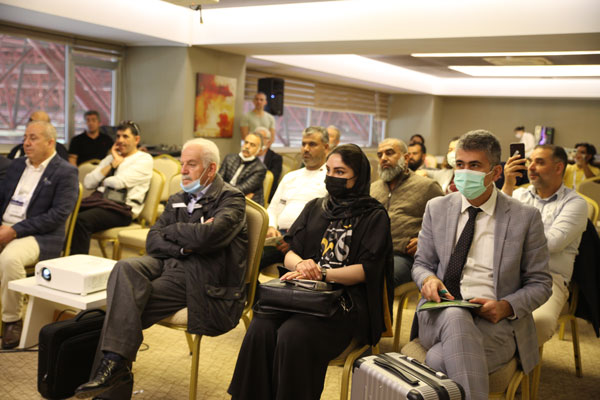 THE FUTURE OF AGRICULTURE WAS DISCUSSED AT GROWTECH

The theme of the “Agricultural Talks” held for the fourth time this year was “Global Climate Change and the Future of Agriculture”.  The event was
moderated by İrfan Donat, the Agriculture Editor of BloombegrHT TV Channel. SERKonDER (Greenhouse Construction and Equipment
Manufacturers and Exporters Association) Chairman Halil Kozan, BASUSAD (Pressured Irrigation Industrialists Association) Chairman Rahmi
Çakarız, and Prof. Dr. Süleyman Soylu from the Agricultural Faculty of Selçuk University attended the event as speakers. In addition to Agriculture
Talks, Growtech’s conference program also attracted a great attention. The panel on “Learn More about Seeds from its Experts” was organized at
Growtech by the Sub-Union of Seed Industrialists and Producers (TSÜAB). The panel was moderated by Buket Sakmanlı Apaydın, and the Board
Chairman of Yüksel Seed Mehmet Yüksel, Prof. Dr. S. Ahmet Bağcı from Selçuk University and TSÜAB and ECOSA (ECO Seed Association)
Chairman Yıldıray Gençer attended the panel as speakers. “Pandemic, Climate Change, and the importance of Seed” was discussed during the
second event held by TSÜAB on the third day of the fair. Agriculture Columnist Ali Ekber Yıldırım and Yıldıray Gençer, TSÜAB and ECOSA (ECO
Seed Association) Chairman, attended the event as speakers.  Metin Güneş, the Chairman of the Association of Fertilizer Manufacturers,
importers, and Exporters (GÜİD), met with the agricultural stakeholders at Growtech during another panel on “The Impact of the EU Green Deal
on the Fertilizer Sector”. Also, Seda Özel, the Head of Agricultural Services Department at the Antalya Metropolitan Municipality delivered a
presentation at Growtech conference on “We Are Working for a Planned, Regular, Principled and Sustainable Agriculture in Antalya”. 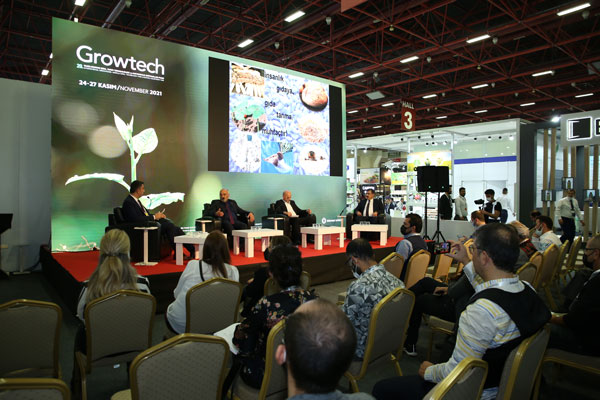